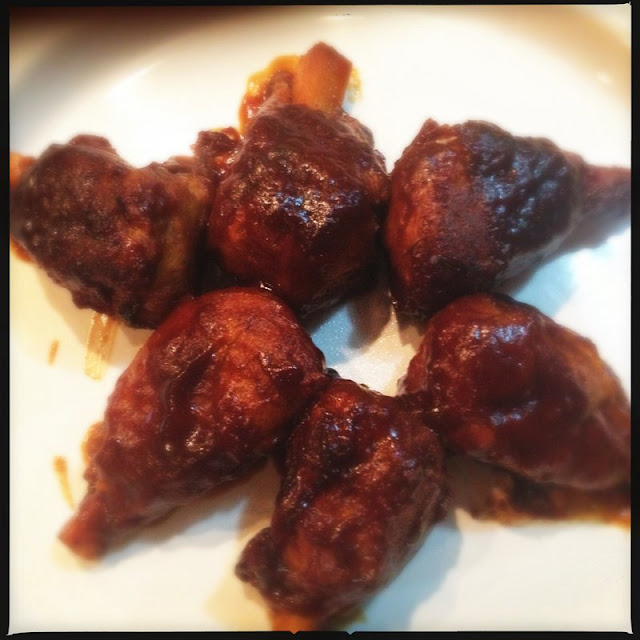 OK, I'll admit that one of the main reasons I sought out this Asian Market (see last post) was that when I was in Sacramento my friends Rich and Richard took me to a Vegetarian Restaurant and we had spicy chicken wings (not sure why they call drumettes wings), and you would never know they weren't real chicken.  They had the texture of chicken, they were juicy and they even had the bone which was actually sugar cane.  And let's be honest, they're all about the sauce, so I figured if I could find these the possibilities were endless.

In order to get them to my plate faster, and in the absence of time (I was hungry), I put them frozen into a covered cast iron baking dish and to them added Jack Daniels Spicy BBQ sauce with some cayenne pepper, onion and garlic powder.  I baked them for about 30 minutes.  You're just trying to heat them and get a nice glaze on them.  I added about 1/2 cup of water as the sauce out of the bottle is pretty thick and the oven will dry it out more. 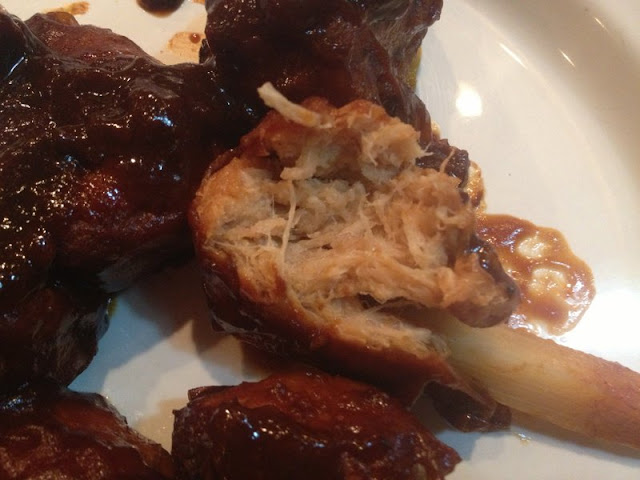 No Blue Cheese, but you could make a ranch style by using my vegan mayo and sour cream mixed together for the dip....Now tell me that doesn't look tender!