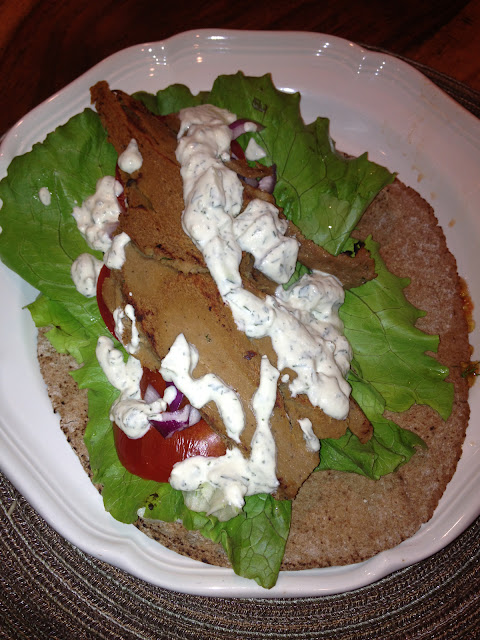 Gyros are Greek street food consisting of a pita filled with shaved meat, usually lamb but can also be pork and beef or any combination thereof. It also has Tzatziki which is Greek yogurt with dill, cucumbers and garlic.  Throw in some tomatoes and red onion and you have a great sandwich wrap.  In my plant strong, n(o)il version I use thinly sliced seitan (I'll provide a recipe soon), sour cream instead of yogurt and two different wraps.  The picture above is a whole wheat pita and the remaining pictures on the post are made with 100% whole wheat Roti. 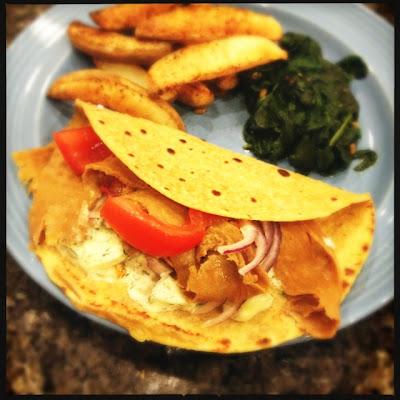 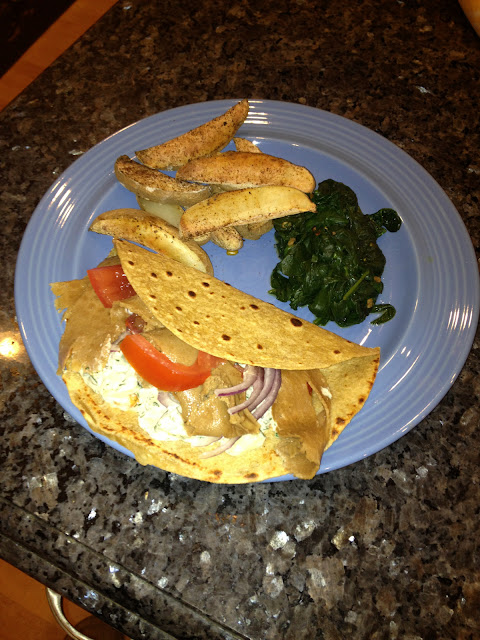