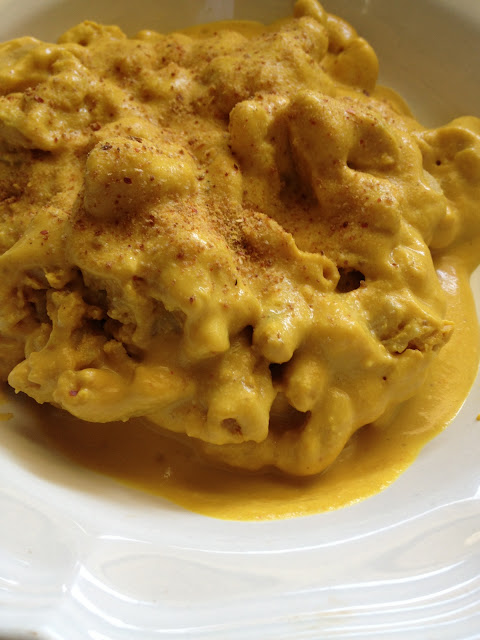 As my brother can attest, I did not like Macaroni and Cheese as a kid.  Hated it in fact.  Especially the Kraft instant version.  Bob and I sat next to each other at the dinner table growing up and we had a deal.  When we were served vegetables, especially broccoli, he would scrape them onto my plate when no one was looking.  When we had Mac and Cheese, I would scrape mine onto his.  I always thought it was devoid of flavor.  I could tolerate it if we added a can of tuna and a can of diced tomatoes, but never the unadulterated version straight out of the box.  (But I didn't like pizza either, so I guess the inner gourmet was coming out way back then).

I could tolerate homemade but we never made it the way homemade is done today.

This is my first go round with this and I'm sure I'll be tweaking it here and there.  This is delicious and creamy so that's all I'm going to say. 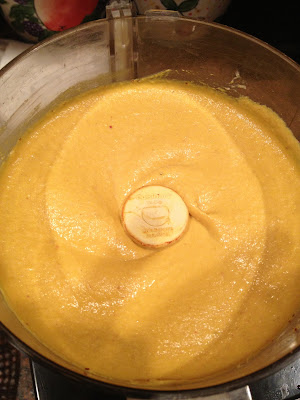 Peel, cube and steam the butternut squash until it's soft.  (you can cheat and buy the already cut and cubed version in your store.

Cook the pasta according to the directions on the box (usually 8 - 10 minutes)  I would do it a couple minutes less than the directions as it will continue cooking in the oven.

Preheat the oven to 350 degrees

In your food processor, add all of the ingredients up to the almond milk.  Process continuously for at least 3 minutes and up to five.  This is what makes everything smooth and creamy, so it's important.  Slowly add in the almond milk, about a half cup at a time, until you get a light, creamy and a bit runny sauce.  This will thicken when it's on the pasta, so don't worry about it being too thin.  You'll probably have some cheez left over, so heat and serve it on the side. 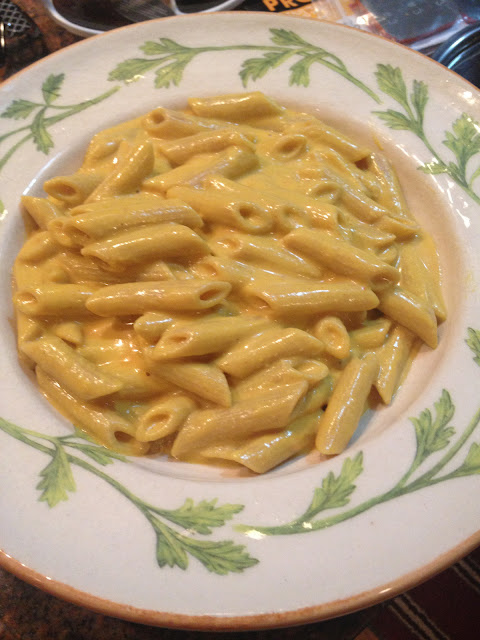 Drain the pasta and put it back in the same pan.  Slowly add the cheez until you get the consistency you want on the pasta, then add a little more.  Put the mac n' cheez in a casserole pan, cover it in aluminum and place it in the oven for 20 minutes.  After 20 minutes, take the aluminum off and sprinkle on the topping (directions below).  Turn the oven to broil and when it's ready, put the pasta back in the oven until the topping starts to brown (3-5 minutes, depending on your oven and how close you are to the broiler.  In other words don't go make yourself a drink, keep an eye on it)