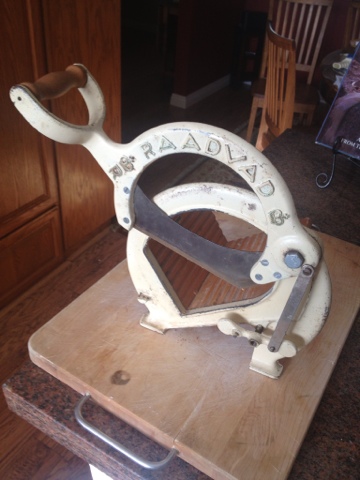 This was made in Europe and actually works quite well. If it was available in the US, it began to lose it's popularity after 1928 when an American inventor from Iowa invented a replacement that forever changed the way we bought food.  In fact, this new invention was so popular that inventions that followed are often compared to it.  Give up? 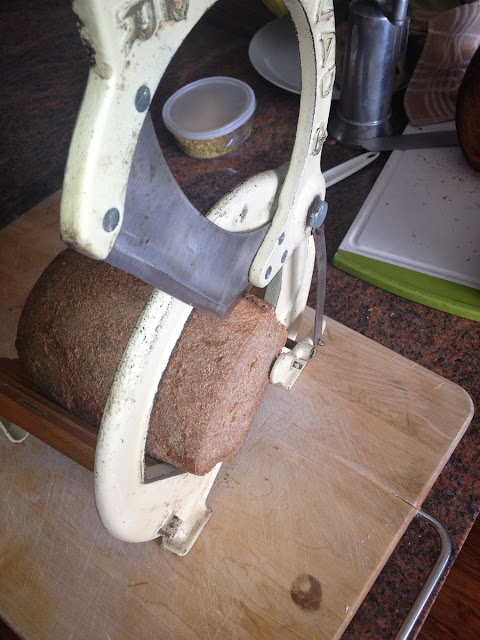 Yup, it's a bread slicer.  And after a professional knife sharpening it works great!  Should this go in the Gadget section?  The invention was commercially packaged and sold sliced bread.  Whenever something big comes on the market people tend to say, "that's the greatest invention since sliced bread!" 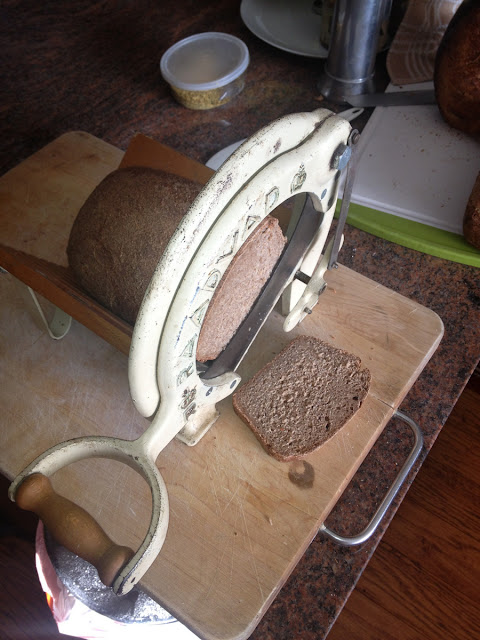