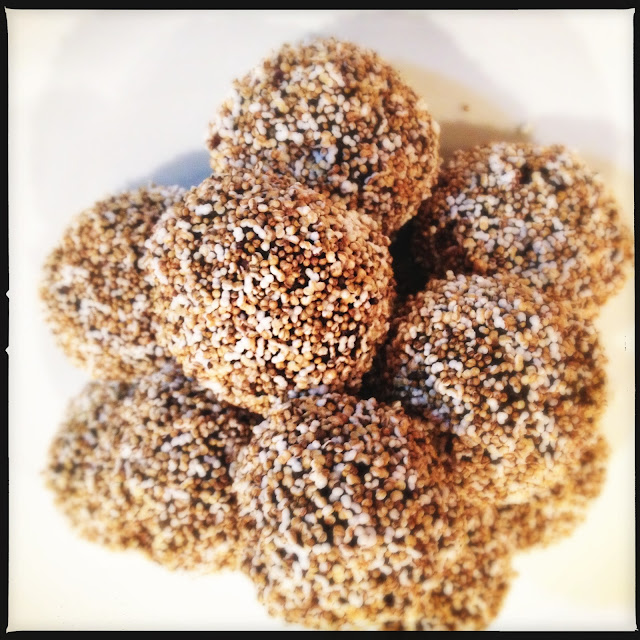 These are awesome.  These were introduced to me by my sister-in-law Janet and she got the recipe from a website called One Green Planet.  They are really high in vitamins (including B12) and protein, have a great taste, not too sweet (a requirement for me), and completely Raw (other than the Amaranth seeds that are popped on the outside).  Better than a candy bar and so much better for you. It's hard to find protein bars with no oil or sugar (this has agave and real cocoa, not milk chocolate),

The hardest thing about this recipe was finding the ingredients.  The amaranth seeds are an ancient food popular in the latin community since the days of the Ancient Peruvians.  I found them at Mother's Market, a great health food store in Southern California.  Cocoa Nibs also was a bit hard to find, but well worth the search and you can get these at Whole Foods.  Other than that, really easy.

I found a couple of changes in the recipe that you'll find make it easier.  First, they say use 4 scoops of protein powder.  I used Hemp protein powder and it didn't come with a scoop.  Anyway, it's approximately 30 grams (by weight) per scoop, so roughly 1 plus a tablespoon of protein powder.  It should be pretty thick, not runny at all. 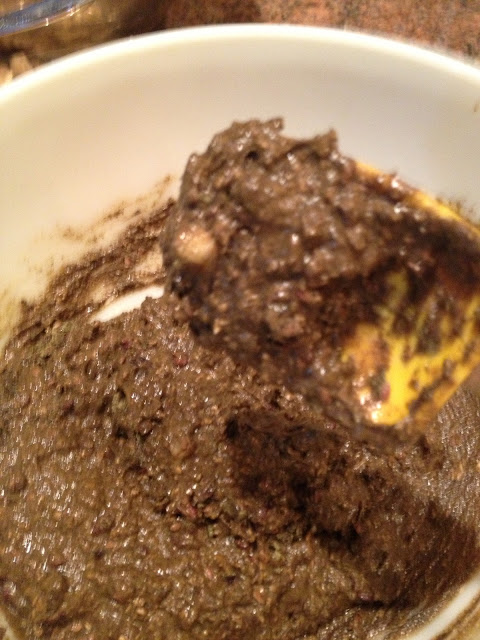 It also tells you to make the balls and freeze them for about an hour before putting them in the refrigerator.  I froze the mixture for an hour and it made making the balls easier.  I also just put the popped Amaranth seeds in a bowl and tossed the balls around in them when I was coating them.  Never did use a parchment paper.

Anyway, delicious, a great in between meals snack or fast breakfast (eat a few). 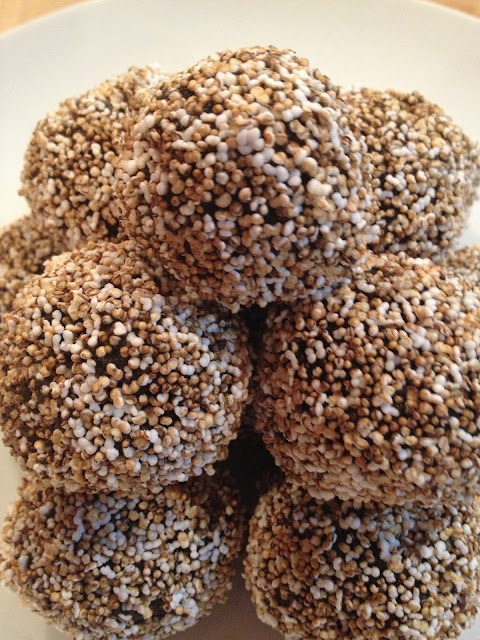