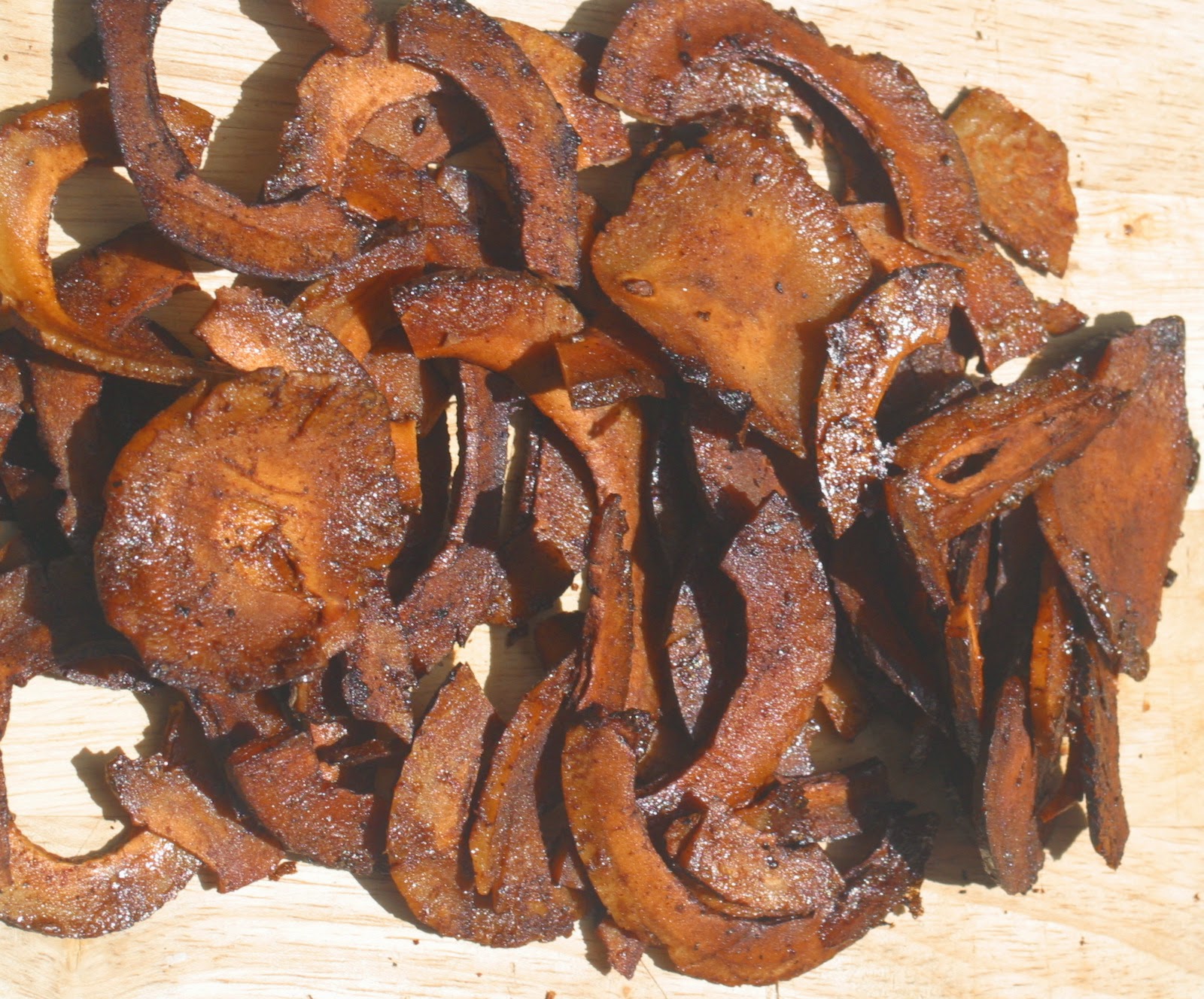 Miss that taste of Bacon but not the pork, fat, cholesterol and salt....this coconut works!  The hardest part about this recipe is finding the large coconut flakes.  I found them at a local international food market but you can usually find them at an Indian market.  I used a pretty thick sliced coconut but there are thinner versions on the market.  You don't want shredded coconut unless you want bāk'n bits.  The version of Bacos, bacon bits used on salads which people have been using for years, is actually soy based. 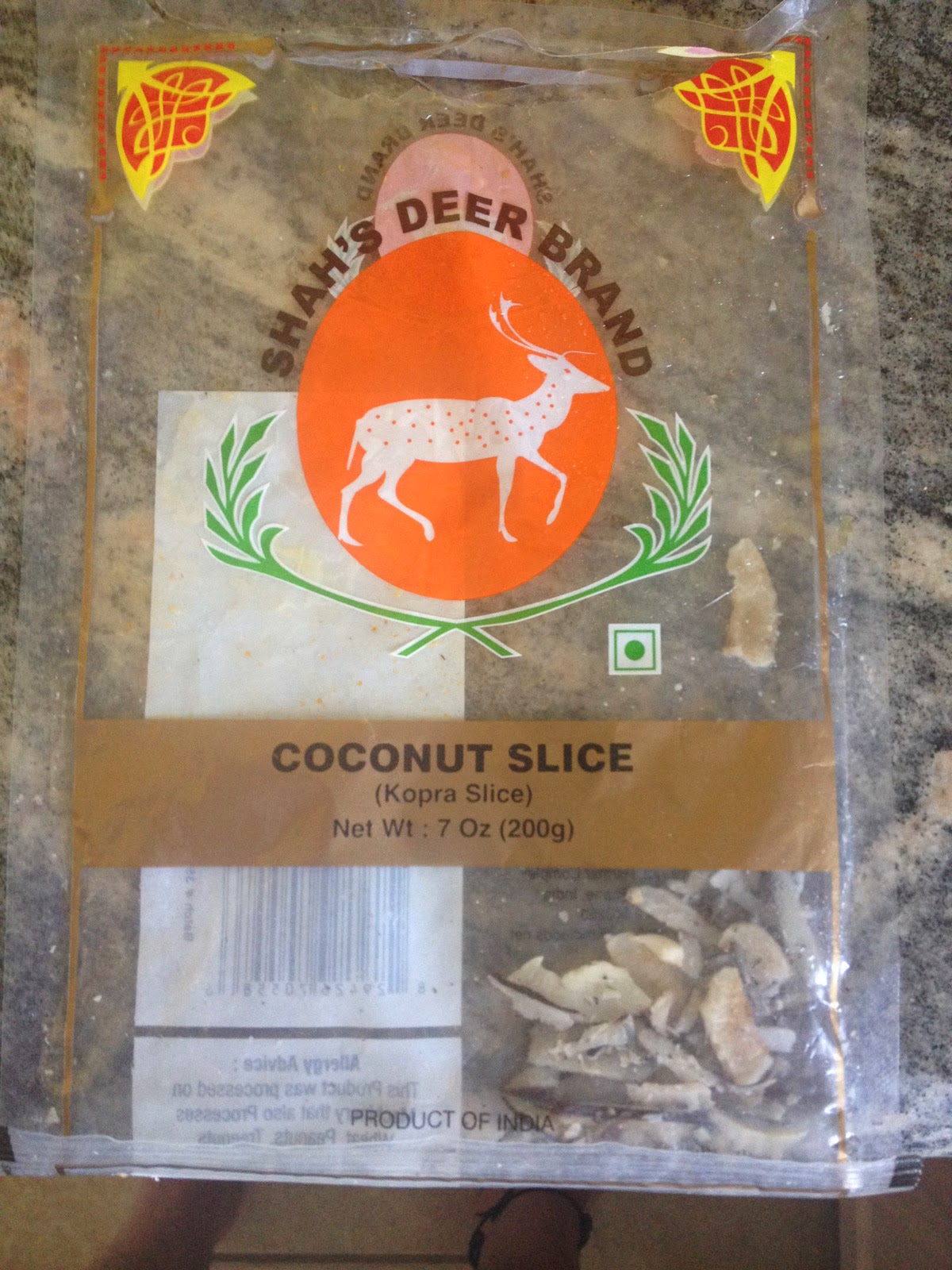 They looked like this before I made the bāk'n 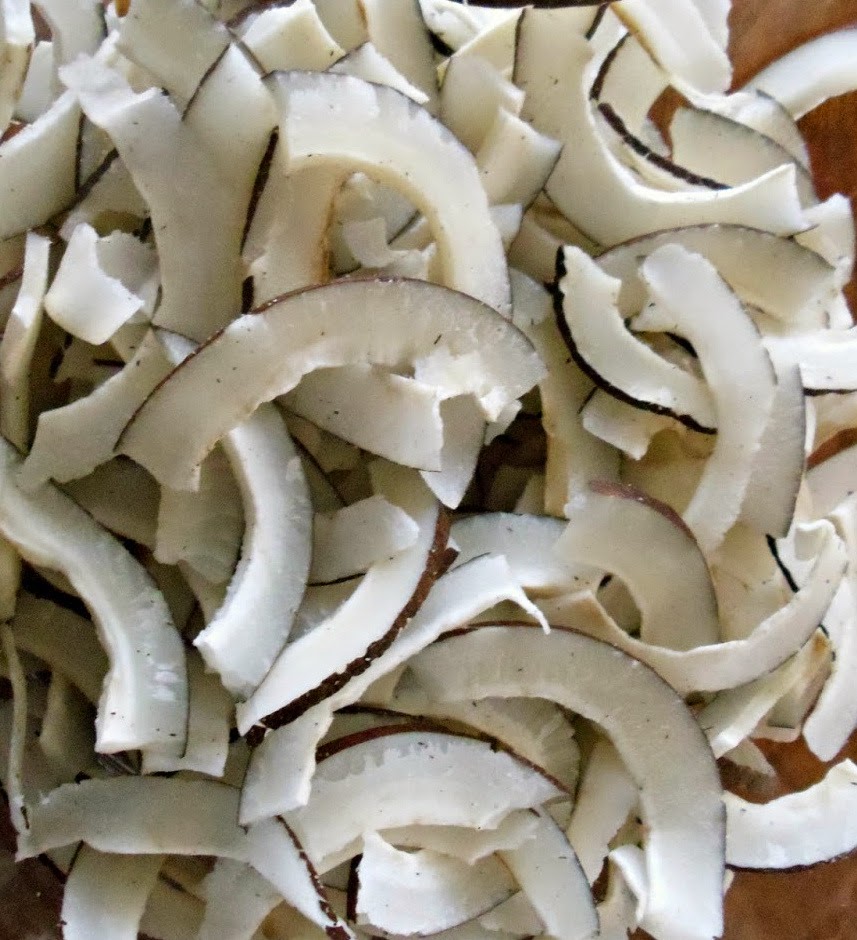 The Recipe continued on the next page

7 oz. of dehydrated coconut slices or large flakes (that's the amount I bought.  If you get a different amount adjust accordingly).  There was extra marinade after making this batch, so go from there.

Mix the marinade together and pour into a zip lock bag. Add the coconut, seal it and lightly toss it around until all of the pieces are covered.  Let it sit, occasionally tossing, while you preheat the oven to 300° F.  Put the coconut in a single layer on a non-stick cookie sheet or cover one with parchment paper.  Bake for about 20 minutes.  Every so often check on it to make sure nothing is burning.  You can use tongs to flip pieces over...but remember, syrup is hot sugar so don't get brave and use your fingers.  When it looks the color you prefer, remove from the oven and put the parchment paper on a wire rack to cool.  As it cools it will continue to crisp up. The bāk'n should be crispy, smoky, salty and sweet.  If it's not crispy enough you can put it back in the oven, but be careful not to burn it.  If you're not using it all right away, re-warming it in a 200° F oven will re-crisp it as well.  BLT here I come.  Don't forget to make your BLT using my Aioli Mayo
Posted by Ken