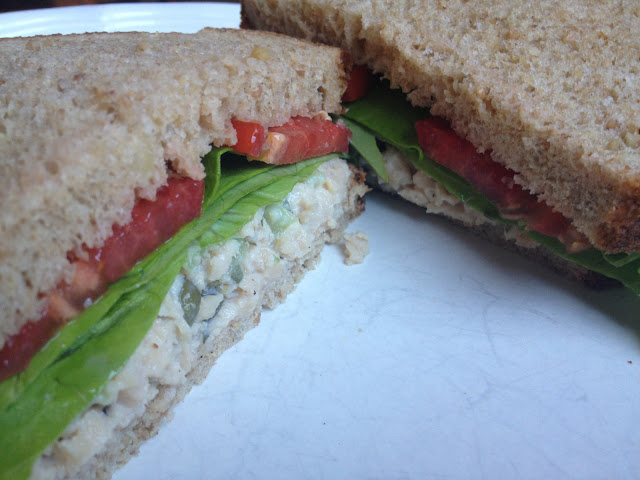 My brother came up with an idea the other day regarding making mock tuna.  TSP (Textured Soy Protein), when it's re-hydrated, looks just like tuna.  He thought that if we soaked it in some liquid with seaweed we would get the ocean taste, which made sense.  First time out was a failure.  The dried seaweed fell apart and I had tuna with seaweed.  The best way to do this is to create a seaweed broth by one of several methods.  Essentially, what you want to do is soak the seaweed in hot water and then strain it out so you have a seaweed flavored broth.  After that then you soak the TSP in hot seaweed broth until it's re-hydrated.  Then you need to squeeze out the excess liquid.  Sounds like a lot of work, but actually, all told, it took about 10 minutes.  The best way to squeeze out the excess liquid is to put the hydrated TSP in a cheesecloth and squeeze it either by hand or tightening the cheesecloth by twisting one end.

Once you have your Tuno, use your favorite recipe to make a tuno salad 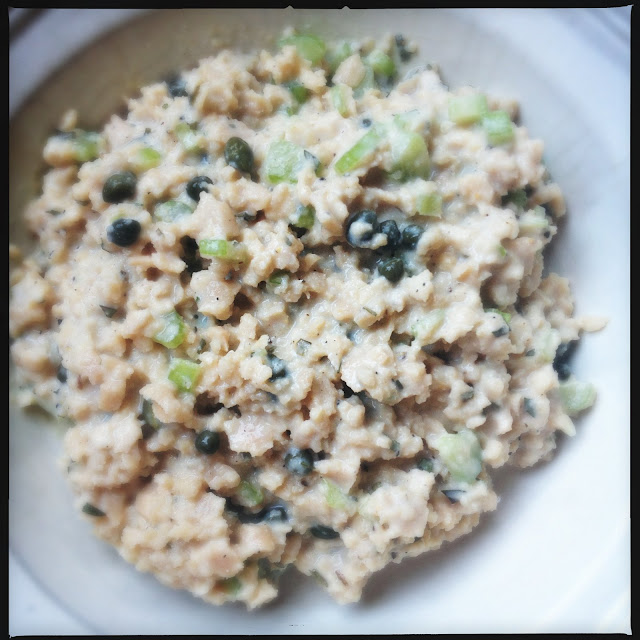