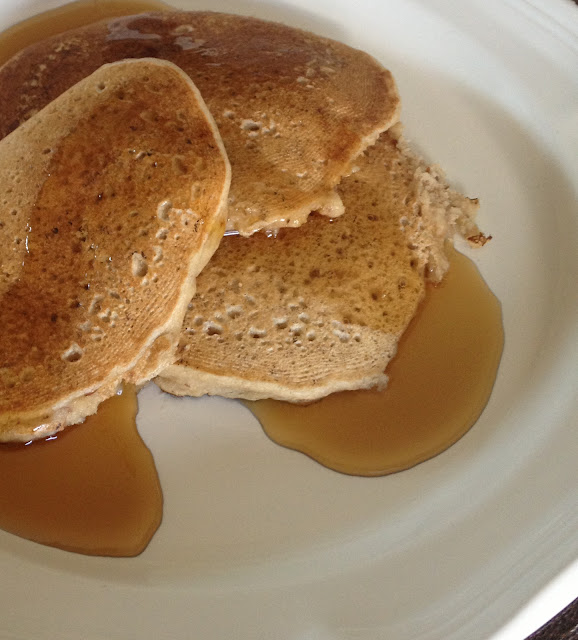 Woke up this morning and was really feeling like some pancakes.  Pancakes that fit into my 100% whole food program with no dairy or oil that is.  I admit there was a bit of a cheat here in that I used Bob's Red Mill Organic 7 Grain Pancake/Waffle Whole Grain Mix (This now contains (make sure it doesn't contain buttermilk powder.....you can also use Buckwheat Pancake Mix).  Doesn't seem like a big deal, but the instructions include 3/4 cup of milk, an egg and a and a tablespoon of oil.

When you make this whole foods n(o)il version you never know how it's going to turn out.  Basically, I followed the recipe to a point...the one cup of mix.

To the mix I added:

Mix all of the ingredients together until just mixed...don't over mix.

Heat a non stick skillet such as Teflon.  When the pan is hot pour out about 1/3 cup mix per pancake.  When the pancake is covered in bubbles, flip and continue cooking for about 1 minute longer.  Serve with 100% maple syrup (those imitation syrups are mostly just sugar).

Oh, did I mention that these were banana pancakes?  When you put the batter on the skillet, add sliced bananas to the pancakes.  When they are done the bananas will be caramelized adding a layer of flavor to the pancakes. 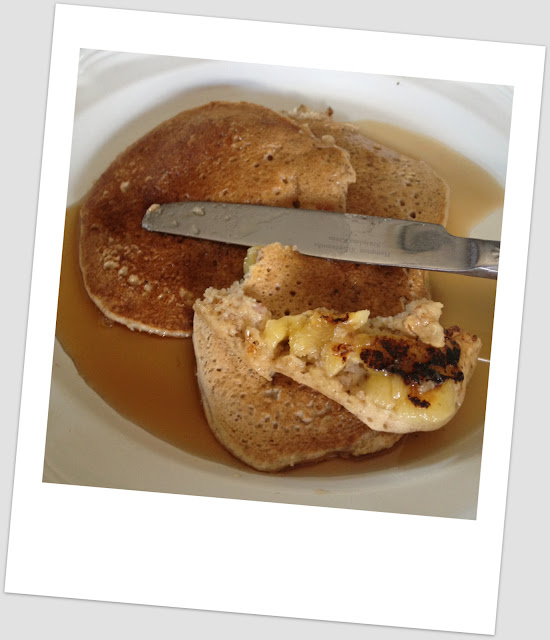